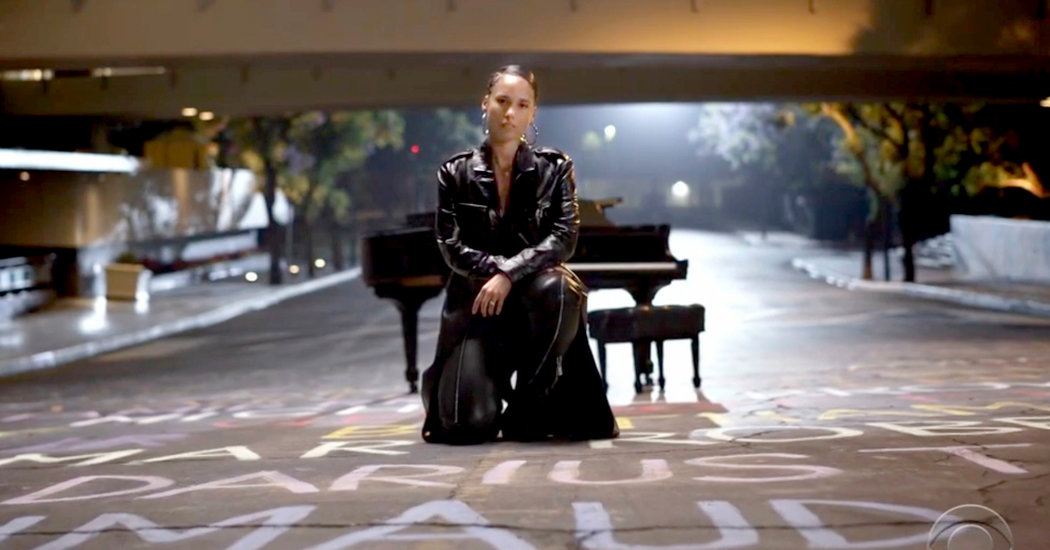 It wasn’t your usual awards show red carpet. There wasn’t, after all, a red carpet. Instead there were nominees and performers and presenters beamed in from their living rooms or movie-magicked sets.

But at the 20th annual BET Awards on Sunday night — for the first time since Covid-19 was declared a global pandemic, and gatherings went virtual and most such events, from the Met Gala to the Cannes Film Festival, were canceled — the people involved (including the host Amanda Seales, against a green screen in her home, Lizzo, Jennifer Hudson and Beyoncé) dressed up for public consumption.

And it was excellent to see.

Not all that long ago, awards shows and pay-to-wear deals had seemed ubiquitous, the celebs like walking high-fashion ads. Then televised charity concerts featured artists in their homes wearing T-shirts and sweats to prove they are Just Like Us and suffer the same alienation and disassociation of lockdown. In contrast, the BET Awards may mark the start of a new stage: one in which fashion returns not as marketing tool, but as a statement of personal intent.

No one on Sunday night was asked, “What are you wearing?” No one name-checked a brand (save, sometimes, on Instagram). But the clothes, and the effort involved, still mattered. With what they wore, the artists at the BET Awards honored the occasion, and one another.

“Our culture can’t be canceled” went the tag line for the show. The fashion just amplified that shout into the void.

It started even before the preshow, with Amanda Seales, the comedian who served as host, posting a picture on Instagram of herself in a tiny ruffled red leather minidress — her “red carpet” entrance look — by Khala Whitney, the designer behind Grayscale. It was the first of what Byron Javar, Ms. Seales’ stylist, revealed would be 13 — count ’em — different changes, all from black fashion, jewelry and shoe brands.

While there is increasing talk in fashion about supporting black designers and black-owned fashion businesses, and the need to change the industry, Mr. Javar and Ms. Seales put the words into action. And cloth. Indeed, she practically became a one-woman runway show.

As Terrence J, a co-host of the preshow, toggling between a bright yellow suit and a periwinkle blue jacket, said, “I haven’t worn anything bright or loud for months now,” and it was about time.

So Ms. Seales kicked off the show with a monologue that tackled the racial justice agony and power of the moment while wearing a minidress and matching knee-high boots from the Pyer Moss February collection, shown at the Kings Theater in Brooklyn. That collection was dedicated to Sister Rosetta Tharpe, the so-called godmother of rock ’n’ roll, who was also depicted on the dress. The print was drawn by Richard Phillips, a black artist who was wrongfully imprisoned in a Michigan jail for 46 years.

Later, WWD noted, she would change into looks by Romeo Hunte, Sergio Hudson and Brother Vellies (whose founder, Aurora James, has started the 15 Percent Pledge, an initiative urging retailers to devote 15 percent of their shelf space to black-owned brands). She also wore an extravagant custom-made off-the-shoulder ball gown in an African floral print by Claude Kameni, the Cameroon-born founder of Lavie by CK, a New York label known for its use of African wax prints.

Ms. Seales also sprinkled in references to fashion moments in black culture past, like the power jackets-with-matching-hats of Hilary Banks (played by Karyn Parsons) in “The Fresh Prince of Bel Air.” Before finally wrapping everything up in a leisure suit by Dapper Dan of Harlem.

But before that happened, there was Lizzo — in her backyard, hoisting a drink while wearing a zebra print suit and lace bustier to present the Video of the Year award. And then changing into an off-the-shoulder black velvet dress with a giant white ruffle running over one shoulder and down the side, like a supersonic nod to all the proms that didn’t happen, to accept her award as Best Female R&B/Pop Artist.

There was Alicia Keys, in a sweeping black leather trench, black crop top and black trousers, playing piano on a rain-soaked (tear-soaked) street painted with the names of black men and women killed by the police.

Here was Megan Thee Stallion in teeny Mad Max-esque leather hot pants and a feathered, lariat-festooned top for her video, swapped for a Grayscale dress that played peekaboo with her torso to receive her award for Best Female Hip Hop Artist.

And at the end, there was Beyoncé, receiving the Humanitarian Award (introduced by Michelle Obama, in black jacket), urging everyone to go out and vote “like our life depends on it,” and beatific in a black strapless gown with a sweetheart neckline below a sparkling royal choker, like John Singer Sargent’s “Madame X” reimagined for a different narrative.

In the meantime, however, her appearance, like so many others during the show, was a vote in itself for the power of image; a potent reminder that the red carpet (or what it stands for) can combine gorgeousness and value. Especially if when it returns — if it does — we remember that every pose has content, and the accessories and gowns and tuxes, should be deliberately chosen to make a point, not just profit.